From the Staghounds, Whites, Doodlebugs through to the M113A!, the armoured vehicles of the Regiment have been pivotal to the successful conduct of its role, this page showcases vehicles operated by the Regiment.


I cannot be absolutely sure that I have all of the vehicles and that the dates are accurate, if anybody has anymore information please contact the webmaster. 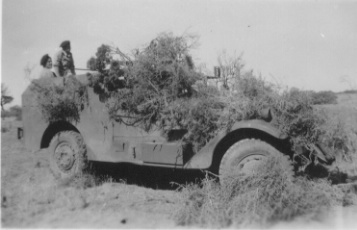 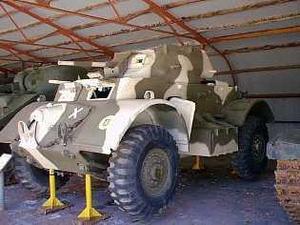 The Staghound Armoured Car was of American origin. It was armed with a 37mm gun and was powered by two GMC Chevrolet 6 cylinder petrol fueled motors mounted side by side, each engine drove its own automatic transmission, from there it went to 'drop boxes' and then to a transfer box. Each engine could be taken offline via a selector lever allowing the vehicle to be driven on only one engine. The accelerator was hydraulic and the steering was manual but with electric power boost. The brakes were power boosted by twin hydrovacs and the turret had a power traverse. The vehicle weighed 12 tons it could reach speeds of 55 mph and had a crew of five. 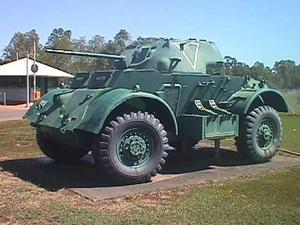 The Staghound Armoured Car was born from a requirement during the war in North Africa for an adequately armed reconnaissance vehicle. 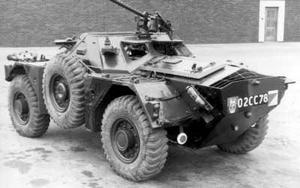 One of the first generation of the Ferret Scout Car (MKI).

The Ferret Scout Car was of British origin and was armed with a .30 cal Browning machine gun, a six cylinder Rolls Royce petrol motor, weighed 3.75 tons, could reach speeds of 60 mph and had a crew of two. 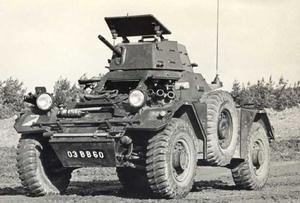 The later generation of the Ferret Scout Car had some modifications, including a turret (MKII).

The Ferret Scout Car was first used in the Regiment around 1958 and there were two models the MK1 which had no turret, the MK2 which came along later fitted with a turret. 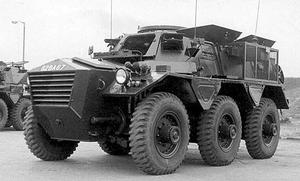 The Saracen Armoured Personnel Carrier, with its hatches open.

The Saracen Armoured Personnel Carrier provided the unit with the ability to move personnel (such as Assault Troopers) within an armoured vehicle and signalled a change in role towards transporting personnel around the battlefield. It weighed 10 tons and could reach a top speed of 70km/h. It had a crew of two, could carry 10 personnel and was armed with a .30 cal machine gun. 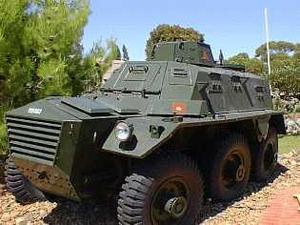 The Saracen Armoured Personnel Carrier, in the closed down state.

The Saracen was in use in the Regiment around 1966 together with other equipment such as Ferrets, Humbers, Landrovers, 120mm BAT, 106mm RCL and radios C42, B47 and PRC 10's. The Saracen APC's and ACV were being withdrawn from the Regiment early 1970, with the last vehicle belonging to 3 Tp, ARN 115367. 3 Troops obituary read quote " Saracen APC, No 115367 - In loving memory of our 'Can' which passed away on February 8th 1971. Always reliable, keen and content...Thankfully respected by all in 3 Troop. Too dearly loved to ever be forgotten, resting peacefully! in her 22nd year". unquote. 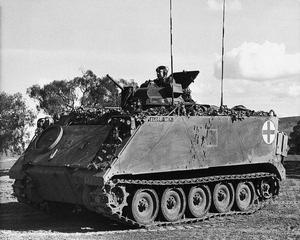 An M113A1 Armoured Personnel Carrier (APC), in this case equipped for the ambulance role.

Performance trials held in 1962 – 63 resulted in the adoption of the US family of light armoured vehicles and gave the Army its first modern armoured and tracked vehicle for ten years. The M113 had a GMC two stroke diesel engine, weighed 11 tons, was amphibious and could reach speeds of 40 mph. The M113 was designed to carry ten riflemen with their equipment in addition to the crew of two and gave protection against small arms fire. The original model carried a .50 cal machine gun on a pintle mount, which lacked protection for the commander when firing. The Armoured Personnel Carriers (APCs) taken to Vietnam had a bullet proof shield fitted which gave some protection. The danger resulting from mortar fire prompted turrets to be fitted. A number of American M74C turrets were ordered and introduced into service during the second half of 1966. A further improvement, the T50 turret, which was also American, eventually became the standard turret during the period 1967 – 68. The T50 turret was a basic design and mounted either one .50 cal and one .30 cal machine gun or twin .30 cal machine guns, with the twin .30 cal machine gun being the initial standard fit. The most prized characteristic of the M113 was its mobility over various types of ground. The family of vehicles issued to the Regiment included the APC, ACV, fitters vehicle, ARVL and the TLC. 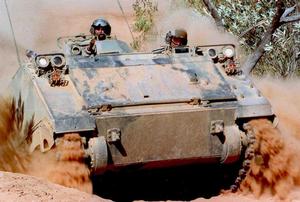 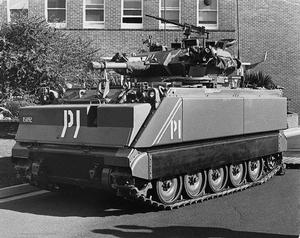 3rd/9th South Australian Mounted Rifles became an independent Recce Squadron in 1976 and was equipped with the M113, further unique Australian variants were developed and introduced later. The FSV was an interim vehicle which was a combination of the M113 hull with a Saladin turret. The FSV had a 76mm main armament, a .30 cal coaxial machine gun and a .30 cal machine gun. There was power assisted traverse, the commander had no sight and night fighting was achieved by firing on fixed lines or with active illumination.

The Medium Reconnaissance Vehicle (MRV) replaced the FSV after the Army took delivery of 48 Scorpion turrets in 1977. The MRV had a Scorpion turret fitted to an M113 hull. The MRV had a 76mm main armament, two .30 cal machine guns and an early image intensification night sight. The MRV's were fitted with flotation pods to make them amphibious. 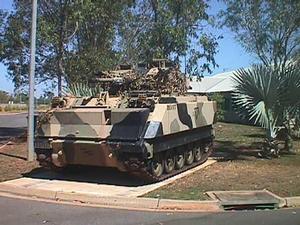 In August 2006 3rd/9th Light Horse (SAMR) handed back the last of its M113A1 after 40 years service and had yet another role change this time to Light Cavalry. The unit is now equiped with Light Cavalry Patrol Vehicles (LCPV) which mean now that the unit can operate either in a mounted or dismounted role. The unit's manning and equipment enable it to conduct a variety of tasks including reconnaissance, surveillance, offensive, defensive, security, peace keeping and support operations. 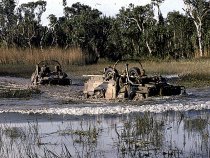